Just a few weeks after the launch of the Galaxy S20, Samsung surprised us with the arrival of the Samsung Galaxy S10 Lite. This is a trimmed version of its (now old) flagship at a more restrained price. But Despite its surname, the S10 Lite doesn’t give up on ‘top’ features like the processor, a Snapdragon 855 in this case.

If in 2019 Samsung brought us a Galaxy S10e as the most economical (and compact) option, by 2020 the strategy changes and they bring us a flagship with the ‘lite’ brand, new to Samsung’s high-end. Let’s see if the Galaxy S10 Lite lives up to the range to which it belongs. 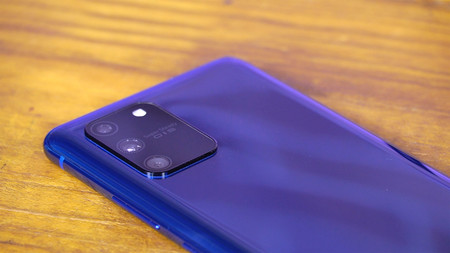 It is somewhat strange that Samsung has decided to keep the S10 brand being already in 2020. Seeing the design of this Galaxy S10 Lite, the feeling that we are actually facing a terminal closer to the S20 than the previous generation increases. The first resemblance to the S20 is on the front, where we find the hole for the front camera aligned to the center. The second (and most obvious) in the back with that so large rectangular camera module. The good thing is that it barely stands out, although it is just enough for the mobile to ‘dance’ when putting it on the table and missing a cover.

Seeing the design of this Galaxy S10 Lite, the feeling that we are actually facing a terminal closer to the S20 than the previous generation increases.

The feeling in hand is good. It is a big mobile but yesIts rounded edges make the grip comfortable, although it would be even more so if it weren’t so slippery. The construction is solid, with metal frames and a plastic back (yes, it looks like glass and is a magnet for fingerprints). Thanks to this, the weight is somewhat more contained than one would expect in a terminal of its size. With respect to the front, the use is excellent, with very thin frames (somewhat wider at the bottom) and the front camera in the hole is not intrusive. 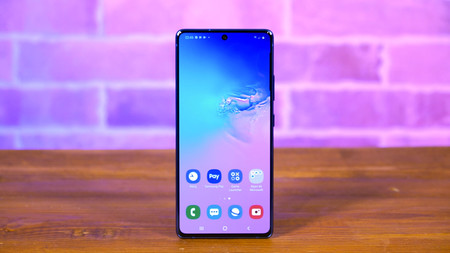 On the screen, here we find one of the cuts that this S10 suffers from having the surname ‘Lite’ and that, despite having Super AMOLED technology, the resolution stays at FullHD +. However, the experience with the screen at the level of sharpness is more than satisfactory despite not reaching the density of its older brothers. The panel offers a good contrast and brightness to spare so that we can see the content well even in bright sunlight. Well also the automatic brightness and the calibration, which by the way is configured as standard in the natural mode that offers a fairly neutral tonality.

The experience with the screen at the sharpness level is more than satisfactory, despite not reaching the density of its older brothers.

And to complete the multimedia experience, it’s time to talk about sound. Here the Galaxy S10 Lite shows another cutout and that is we only have one speaker at the bottom; no stereo sound. It has a fairly high volume, but the quality is quite fair and if we go to the maximum it is canned and strident. By the way, the location of the speaker makes us sometimes cover it when holding the mobile, for example if we are playing games, making the sound almost disappear. We don’t have a minijack either, but Samsung includes a USB-C headset in the box. 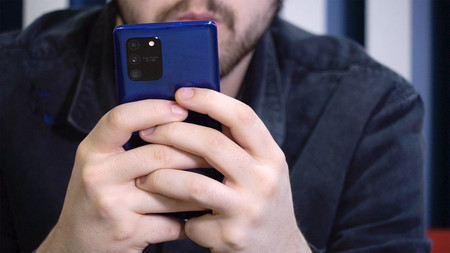 We said at the beginning that Samsung does not make concessions in a section as important as performance. The Galaxy S10 Lite does not live up to its name here and brings us a Snapdragon 855, Qualcomm’s top processor in 2019, and 8 GB of RAM, not bad for a ‘lite’, right? As expected, in practice, we have a level performance even in demanding tasks such as graphics-intensive gamesAlthough here we have detected a slight overheating, nothing serious but there it is. This is how it remains in the benchmarks against some terminals of the competition.

Autonomy is one of the strengths of this Win Lite. We have a 4,500 mAh battery, a generous figure although not excessive, but that seems to benefit a lot from that cut in resolution. On days of moderate use, reaching the end of the day is not only possible but also we managed to stretch the load up to a day and a half without problems. In the capture on these lines you can see the consumption in a day of much more intensive use. In total we reached 6 hours of screen with a total duration of around 15 hours.

We have a 4,500 mAh battery, a generous figure although not excessive, but that seems to benefit a lot from that cut in resolution.

In the software we have Android 10 with the latest version of OneUI, 2.0. Samsung continues to bet on the known structure of previous versions in which the switches and elements with which we interact are grouped in the lower half, so that they are more accessible with the thumb. It is a comfortable layer, well structured and full of its own functions. such as Always On display, Maintenance mode, Bixby, Samsung Health and many others. An interesting detail is that, although it comes with bloatware, at the beginning we can choose not to install most applications (although with 128 GB it does not pose a problem of space). 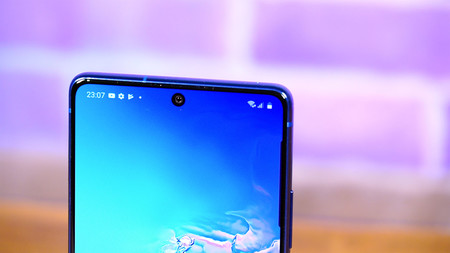 On biometrics, Samsung equals this ‘lite’ with its older brothers and incorporates a fingerprint reader under the screen, although it is not ultrasonic but optical. It also has facial recognition through the front camera, a system that also allows us to adjust some additional options such as that the eyes have to be open or that the brightness of the screen increases to be able to recognize ourselves in the dark. In practice I have ended up using the two systems in combination, but I would say that facial unlocking is more comfortable since sometimes when trying to press the reader it is difficult to get it right. What penalizes the experience is that we can only register three fingerprints and, in a frontal sensor, it is necessary to be able to have four (two thumbs and two indexes).

Macro and wide, but no zoom 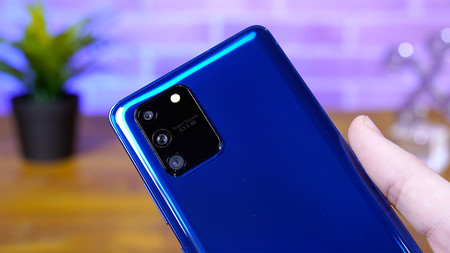 The camera module is one of the most notable changes at the design level in the Galaxy S20 and, as we said, this S10 Lite inherits a lot from that style. In the rectangle that dominates the back we have three lenses. The main one has an f / 2.0 aperture, 48 megapixel sensor and optical stabilizer. The secondary one, an ultra-angular one, has an f / 2.2 aperture and a resolution of 12 megapixels. The third sensor has 5 megapixels, f / 2.4 aperture lens and is used to take macro photos. No, there is no zoom in this case, so the versatility of the camera is quite less than the original S10, not to mention the S20 with zooms of up to 30x. Somewhere you have to notice the price cuts. 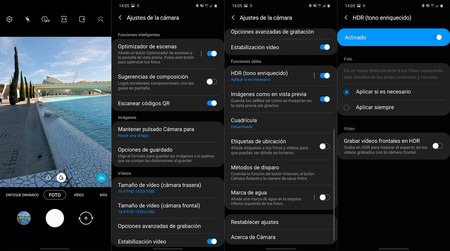 The camera app has the classic structure that we know from OneUI. We have several tools at the top and the camera modes located in a carousel above the shutter button, modes that we can certainly reorder to our liking. That it is so customizable is one of the key features of this app. The weak point is that, while the rest of the settings are placed in logical positions, the HDR is still buried in the Settings menu making modifying it a hassle. The most practical thing is to leave it in automatic and that the camera activates it whenever it wants, but it is not the best since sometimes it is not activated in scenes where it is necessary or vice versa. 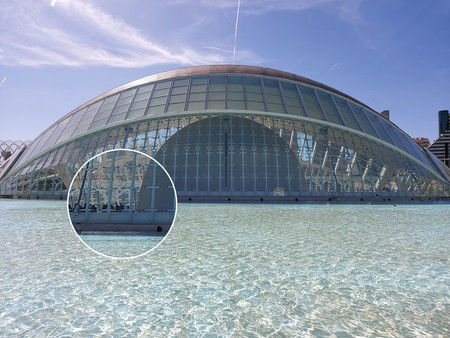 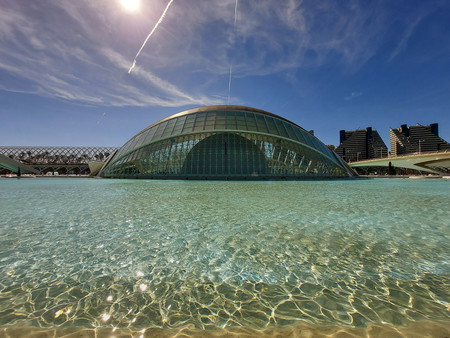 Without HDR vs with HDR

By day the result is quite good when we pull the main lens. In the first image you get a good dynamic range, faithful tones and good detail. On the other hand, with the wide angle lens things change a lot. It tends to be underexposed, chromatic aberrations often appear, poorer dynamic range, and you lose detail, especially when the light falls.

With respect to HDR, as I said, the most practical thing is to keep it in automatic, but there are cases like the third photo in which it is not activated and we have to navigate through the menus to do so. The result is good and it tends to lift the shadows quite well., the downside is how unintuitive it is to adjust it. 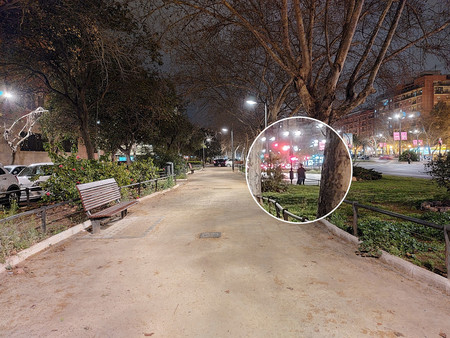 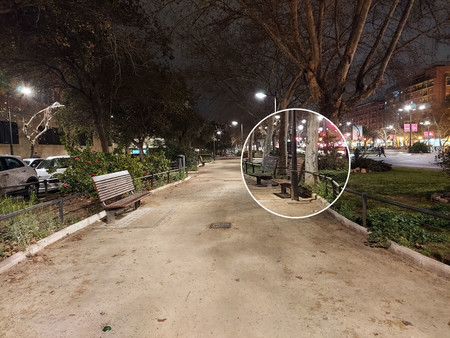 Samsung includes a specific mode for night scenes among the camera options. In the general plane we see that the first image has more lighting and it seems that the detail is more marked. When zooming in, we see that the processing to eliminate noise is very exaggerated, although it does not mean that it looks very good in scenes like this. In the second photo we see a more muted scene, but the detail when enlarged is not so “broken”. 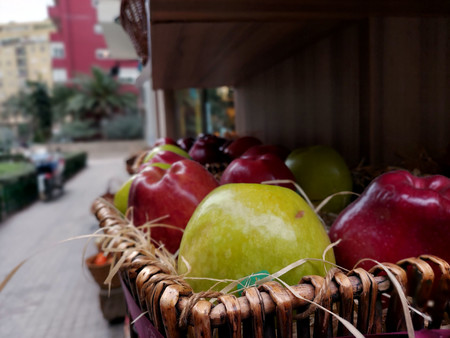 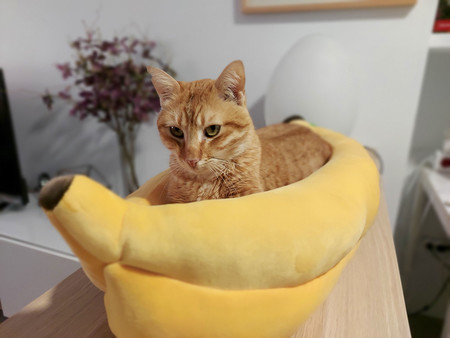 It touches to speak portrait mode or, as Samsung calls it, selective focus. ANDThe operation is very good in terms of fluidity and effectiveness and distance from the blur. The app tells us when the blur has been applied and, at least in my experience, it has always applied it correctly. The clipping is usually successful and in scenes with very marked vanishing points such as …