The eighth generation of the Moto G family was inaugurated by the Moto G8 Play and the Moto G8 Plus, so the logical thing was to think that, together with the Moto G9 Play presented a few weeks ago, we would soon meet the Plus model of the new G9 family. More so, if we take into account that the rumors started long ago and had intensified in recent days.

Said and done, Motorola has already officially launched the Moto G9 Plus and has done so in Brazil alongside the Moto E7 Plus. There are no surprises regarding what had already been leaked and this new Moto G9 Plus arrives with the Snapdragon 730G as its brain, a perforated screen and a huge battery 5,000 mAh with 30 W fast charging, among other features.

Four cameras and a lot of battery 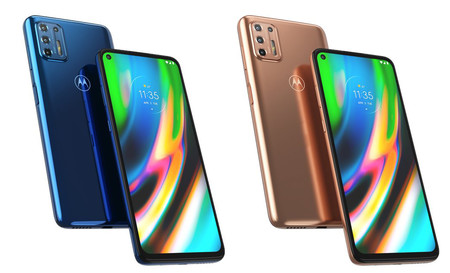 Many are the changes that this new Moto G9 Plus presents with respect to its predecessor. First of all, it has grown in size, so that it now has a 6.8-inch LCD screen with FullHD + resolution and a hole in the center to house the front camera. This has reduced its resolution from the 25 MP that the Moto G8 Plus had to 16 MP.

The rear camera, however, has increased in number of lenses and in this Moto G9 Plus it is composed of a 64 MP main sensor, an 8 MP wide angle and two additional 2 MP sensors for bokeh and macro photography. The battery is also growing, which is now 5,000 mAh and supports 30 W Turbo Power fast charging.

Inside, we find the Snapdragon 730G processor, which is a leap from the Snapdragon 665 that the previous generation had. This chipset comes accompanied by 4 GB of RAM, 128 GB of internal storage expandable with a microSD card (up to 512 GB) and the Android 10 operating system.

What’s more, the fingerprint reader has moved to the side. In terms of connectivity options, we have the usual ones for phones in this category: 4G LTE, WiFi ac, Bluetooth 5.0, NFC, a USB-C port and a headphone jack.

Versions and prices of the Moto G9 Plus 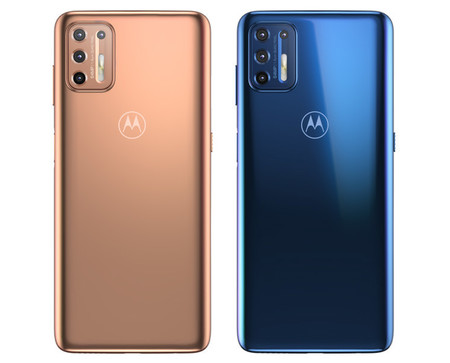 The new Moto G9 Plus has been officially presented in Brazil and there it can already be purchased for 2,499 Brazilian reais, although in Spain, its official price is 269.90 euros. It is sold in a single configuration with 4GB / 128GB and in two colors: indigo blue and rose gold.