A couple of months ago since two leaked new Galaxy A series phones, the Galaxy A31 and the Galaxy A41. Last week, the company officially announced the second of them, the A41, which came with a MediaTek brain, 48 MP triple camera and IP68 resistance, among other features.

Today it was the turn of the Samsung A31, which comes to continue the saga started by the Galaxy A30 and followed by the Galaxy A30s. This new phone, belonging to the manufacturer’s mid-range, comes with the expected specifications: 5,000 mAh battery and quad rear camera as the spearhead.

This is how Samsung makes money: the secret is on the IPHONE

Huge battery and four sensors to see it all 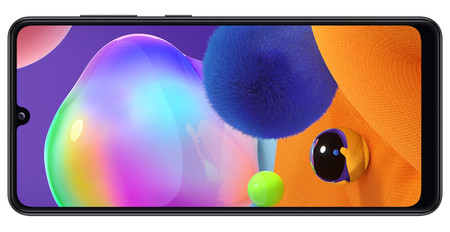 The new Galaxy A31 mounts a 6.4-inch Super AMOLED display with FullHD resolution (2,400 x 1,080 pixels) and a “U” shaped notch to house the front camera. That panel also has an integrated fingerprint reader.

Under the hood, we have an octa-core processor with two cores at 2.0 GHz and six cores at 1.7 GHz, although Samsung does not specify the specific model. That chipset comes with two RAM options (4 and 6 GB) and two internal storage (64 and 128 GB), which can be expanded with a micro SD card. As an operating system, it brings One UI 2.0 based on Android 10.

Another of the virtues of the new Galaxy A31 is, without a doubt, its autonomy, as Samsung has chosen to include a 5,000 mAh battery which, in addition, is compatible with fast charging of 15 W. The other important specifications are completed with the usual connectivity options for a phone in this category: 4G LTE, WiFi ac and NFC.

Price and availability of the Galaxy A31 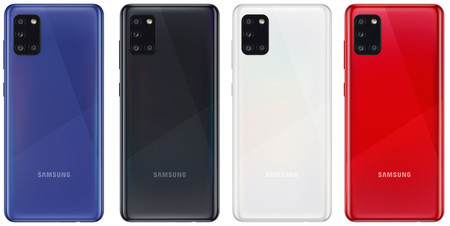 Samsung has confirmed that the new Galaxy A31 will be available at a official price from 299 euros in four different colors: Prism Crush Black, Prism Crush Blue, Prism Crush Red and Prism Crush White (black, blue, red and white). There will also be several configurations depending on the RAM (4 or 6 GB) and the internal storage (64 and 128 GB).