The high-end symbolizes all that technology can do, without restricting the specifications to suit a smaller budget. In this article we collect the best high-end mobiles with which you can get today.

For our selection, we will cut into the models that cost plus 400 euros currently at its regular price, excluding special offers. This time we do not have a price limit above, although we already know that the most expensive mobiles do not necessarily have to be the best.

The Google Pixels are considered by many as the “Android iPhone”. Created by the same people who have designed the operating system, they stand out for their numerous exclusive functions and, of course, for the possibilities of the camera: now with two 16 + 12.2 MP lenses.

Inside, the Google Pixel 4 XL has the Snapdragon 855, 6 GB of RAM and a 3,700 mAh battery. The screen for its part is 6.3-inch OLED with QHD + resolution and 90 Hz refresh, with a top frame that includes several sensors, facial recognition and Soli included.

With four lenses, the Samsung Galaxy Note 10+ offers great flexibility when it comes to taking pictures, with bokeh video recording and image stabilization. Of course you have S Pen and Dex, plus a large 4,300 mAh battery with fast and wireless charging.

The ASUS Zenfone 6 has been one of the surprises of the year thanks to its Rotating camera that doubles as front and rear camera, with 48 MP and 13 MP sensors. This accompanied by Snapdragon 855 and an amount of RAM between 6 and 8 GB.

With good materials, a battery with a capacity of 5,000 mAh (and fast charging 18W) and a ZEN UI that does not distance itself too much from pure Android, it becomes a very interesting terminal when considering its price. 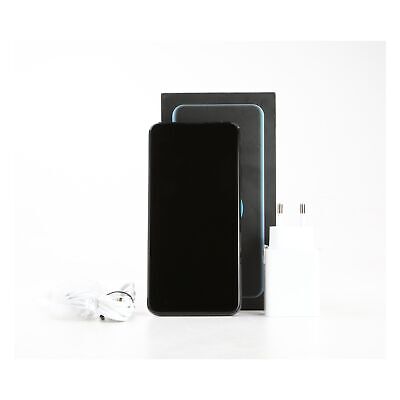 Xiaomi performs like a fish in water in the tightest price ranges, but it has been giving it all for years in its most premium model. This year that is the Xiaomi Mi 9, a mobile that enters our list by the hair, because its starting price is just over 400 euros.

The Xiaomi Mi 9 has the heart of Snapdragon 855, 6 GB of RAM and a triple rear camera with 48 megapixel main lens. With a premium design and a mini notch, its low price is not an impediment to include wireless charging and stereo sound.

Also from Xiaomi and also a high-end, although with a slightly tighter price is this Xiaomi Mi 9T Pro, which in other parts of the world was called Redmi K20 Pro. It has Snapdragon 855 and 6 GB of RAM, as well as a 6.39-inch AMOLED screen.

Behind it mounts a three-lens rear camera, 48 MP + 13 MP + 8 MP, with a 20 megapixel front that appears as if by magic thanks to the retractable mechanism. Unlike the original Xiaomi Mi 9, this one has a minijack.

The Samsung Galaxy S10 + comes well stocked with RAM and storage, reaching the terabyte, integrates the fingerprint reader under the screen and has a powerful 4,100 mAh battery that can be charged wirelessly. Its main camera does not have as many megapixels as its competition (it is triple 16 + 12 + 12 MP) but in exchange it has variable aperture on your main lens.

It is clear that the wind does not blow completely in favor of the Chinese company during 2019, but beyond politics, the quality of its terminals in all its ranges is undeniable. At the top, raising the flag of Kirin 980 you will find the Huawei P30 Pro.

In the Huawei P30 Pro the company maintains the bet on the zoom (here five magnification), with a noteworthy night mode and not a few megapixels. The main camera is triple, 40 + 20 + 8 MP, and the front, 32 megapixels.

The OnePlus 7T Pro takes the screen from edge to edge thanks to a retractable selfie camera that hides when you don’t use it. Combine that with stereo speakers, an under-screen fingerprint reader, metal construction, and a triple rear camera and you’ve got a high-end at a very interesting price.

Sony has us used to going a bit on our own, and its high-end personified in the Sony Xperia 1 does not disappoint. What stands out the most is his 6.5-inch long screen and 21: 9 aspect ratio, which is also 4K HDR.

Inside you will find Snapdragon 855, 6 GB of RAM and 128 GB of storage, with the fingerprint reader included in the power button and a triple rear camera of 12 + 12 + 12 MP. All this with a glass and metal body, with IP68 certification.

2019 has been a difficult year for Huawei, but nothing has been able to prevent the renewal of the Mate series, with or without Google services. The Huawei Mate 30 Pro is a monster with Kirin 990, 40 + 40 + 16 + 8 quad camera and 32 MP front camera with ToF sensor.

With power to spare and a safe and very fast face unlock, the Huawei Mate 30 Pro stands out for its slow motion at 7680 fps and a great autonomy with its 4,000 mAh battery with 40W fast charge. The Achilles heel is software, unless you install Google services on it at your own risk.

Xiaomi was among the first to dare to solve the notch problem (in other words, to make it disappear) by a sliding mechanism as in the keyboard mobiles of yesteryear. The difference is that in this Mi Mix 3 what slides is not a keyboard, but the dual front camera, 24 + 2 MP.

The standard version has Snapdragon 845 and an amount of RAM that reaches up to 10 GB, although in the middle of the year the revamped edition with 5G won Snapdragon 855 along with its new connectivity.

The mobile with name and surname: LG G8s for friends and LG G8 Smart Green ThinQ for the rest. Among its benefits is Snapdragon 855 and five cameras in total (two in front and three behind).

Willing not to become another mobile, the LG G8s has a curious system to manipulate the mobile without touching it and biometrics goes a step beyond the fingerprint: it is able to read the palm of your hand. Other noteworthy features are support for DTS-X 3D Sound up to 7.1 channels and IP68 protection.